It is important to know how to act during the rapid decline in dementia to avoid the inconvenience.

Alzheimer’s disease and most other causes of dementia are gradually progressive conditions. Sudden or rapid changes in mood, behavior, confusion or ability to function almost always indicate that something else is going on.

Very often this is a medical concern. Urinary tract infections (UTIs) are very common among older women. Men can also get them, especially in the presence of a catheter or prostate issue.

Typical signs of a UTI include burning or discomfort with urination. People with dementia can have difficulty recognizing or communicating discomfort.

They may even deny it when asked.

Look for signs such as dark or foul-smelling urine and changes in urination patterns, especially an increase in frequency or incontinence.

In some cases, the body can fight off a mild infection on its own, especially if fluid intake is increased.

If the symptoms worsen or persist beyond a couple of days the doctor should be contacted. A simple urine test can confirm an infection. 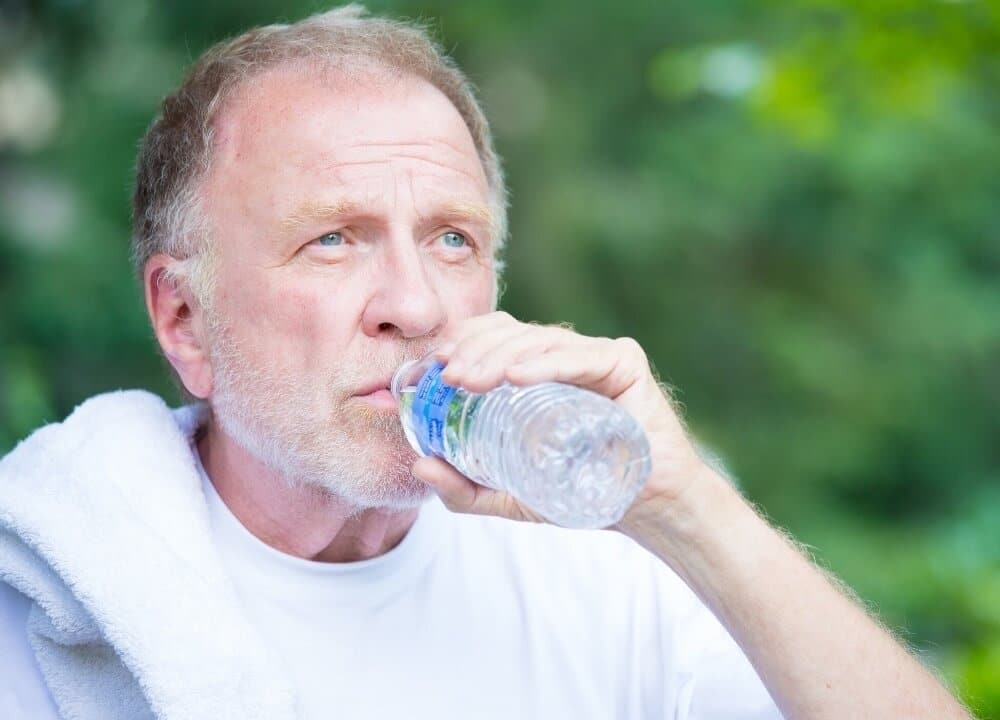 People with dementia tend to be at high risk for dehydration for a number of reasons.

Not to mention, they may have physical or cognitive difficulty obtaining drinks on their own.

In the later stages, it can become very difficult even to swallow.

People are at especially high risk if they take a “water pill” or diuretic medication that causes urination.

Coffee is a mild diuretic.

When people take diuretic medication they can easily become dehydrated, especially after a bout of diarrhea.

Dehydration leads to an electrolyte imbalance which can cause confusion, drowsiness, dry mouth, decreased urination and a rapid heart rate.

The doctor should be notified immediately for proper assessment and treatment. 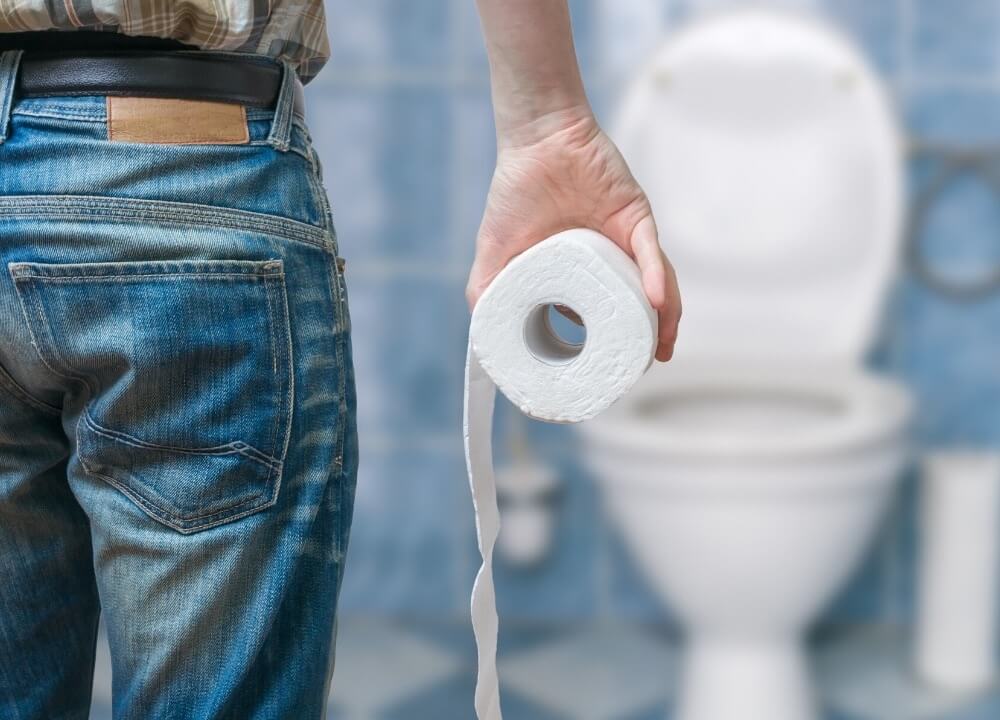 Older adults with dementia are often at high risk for constipation. Many seniors take a number of medications that can slow bowel function.

If they have difficulty moving around their risk for constipation is further increased as well.

Going a couple of days without moving one’s bowels can be very uncomfortable.

It can cause nausea, irritability and changes in appetite.

If the person with dementia has difficulty identifying the cause for his or her discomfort, he or she will usually communicate it behaviorally by getting cranky and irritable.

Going four or five days without a bowel movement is an urgent concern.

The stool grows harder and increasingly difficult to pass, and there exists a high risk for potentially life-threatening complications such as perforating the bowel.

A doctor should be consulted immediately. 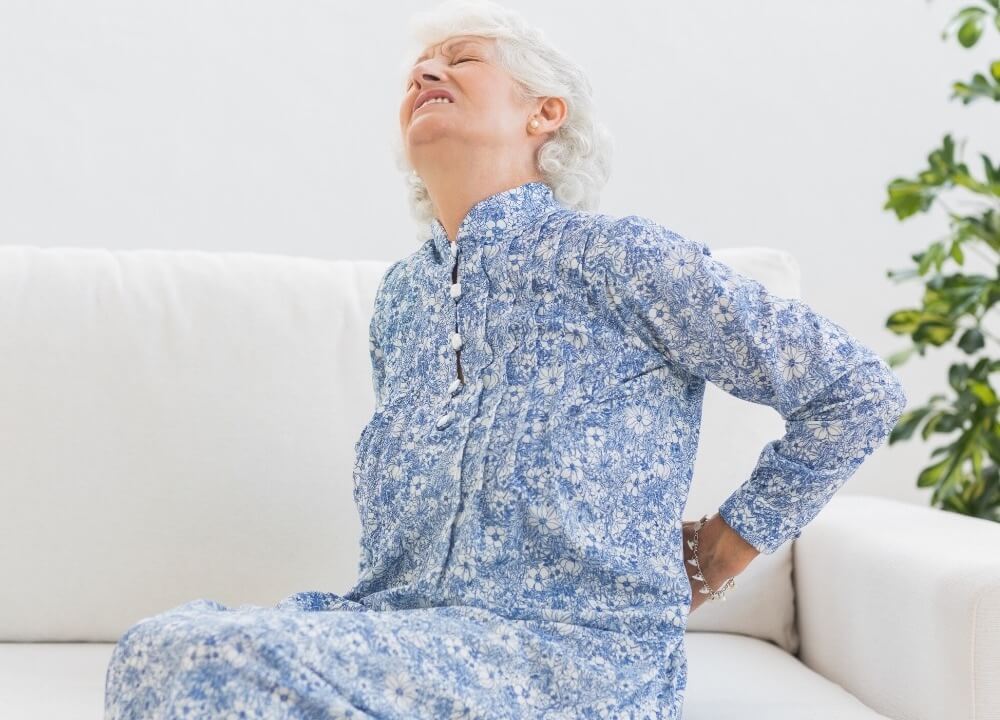 People with dementia experience pain as they always have or as anyone else does.

Dementia itself neither causes nor dulls the pain.

One key difference though is that in many cases the person with dementia can no longer recognize or communicate pain as they once could.

Another change is that they are often no longer able to treat pain on their own before it worsens. It is generally recognized that it is more effective to prevent pain than it is to “chase” it, or treat it once it has escalated.

When a person can no longer take medication, apply heat, change their position, or do what may be needed to address the pain in its early stages managing it starts to become more challenging.

Many family members tend to be under the impression that their loved one “used to have” chronic pain but no longer do. Because they no longer mention it, families assume it no longer bothers them.

A sudden increase in pain may be the result of a bump, fall, ingrown toenail, rash or skin infection, spontaneous compression fracture, or shoes that need replacement.

Whatever the cause, hurting takes a lot of energy. Pain is exhausting on its own, and it can also interfere with sleep.

With dementia, everything including thinking and basic functioning requires a great deal of energy.

Everything becomes increasingly difficult, and it becomes impossible to function at one’s best. If a loved one with dementia is not sleeping well due to pain, illness, depression, nightmares or any other reason, they will not be able to function at their highest level.

The brain controls literally everything the person does, so everything is potentially affected. Medications tend to affect the elderly much more significantly than the general adult population.

They have different recommended dosing and there are many medications that are considered too dangerous to use in the elderly in most cases.

Furthermore, many elders take multiple medications, many of which affect each other. They may increase or decrease the potency of one another, or increase the risk of dangerous side effects.

If a sudden change in behavior or condition occurs, consider whether there have been any recent changes in medication or dosages. Also, consider if the person may have accidentally taken too much or too little of what has been prescribed.

Most people with dementia are over 65 and many have additional medical conditions. These may be acting up or newly onset. Uncontrolled blood sugars caused by diabetes, heart conditions, thyroid conditions, other infections or any other underlying medical condition may be to blame.

So, what to do when a loved one with dementia experiences a rapid change or decline?

It is always important to consult with the loved one’s doctor when any sudden change is noted in someone with dementia.