While symptoms are relatively the same across both genders, there are slight differences in signs of dementia in men.

That said, we will look at the most common ones that are known to date. Besides, whenever there will be new ones discovered, we will add them to the list.

Of course, even in men, symptoms and signs may vary from person to person.

Still, there are particular signs that you will find in all types of dementia, as well as both in men and women.

Bear in mind, there are fewer men with dementia compared to women. The main cause is the fact that women do live longer than men.

As a caregiver or family member, it is necessary to be aware of the main signs of dementia in men. If a person with dementia is diagnosed early, the treatment can begin before severe damage.

Thus, you can alleviate the condition, even slow the progress.

16 Common Signs of Dementia in Men 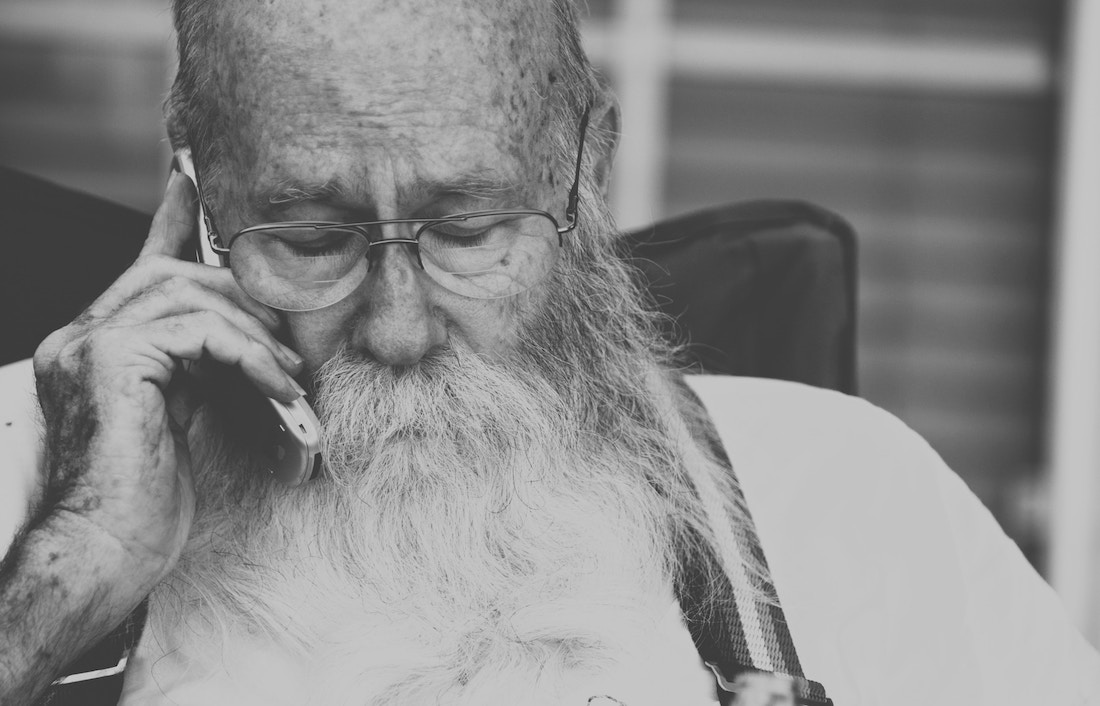 Dementia is an umbrella term that describes multiple symptoms affecting brain functions related to memory, reasoning, language, and judgment. Difficulty with planning is among the initial signs of dementia in men.

Men account for 11% of the American population of people in their 70s and older who are suffering from the condition. The figure comes from statistics collected by the ADAMS (Aging, Demographics, and Memory Study).

The study also concluded that the markedly lower life expectancy of men in the US could explain why the percentage of women suffering from dementia is higher.

Problems with planning and organizing is a cognitive change that is identifiable through things like challenges with activities that require detail or accounting. 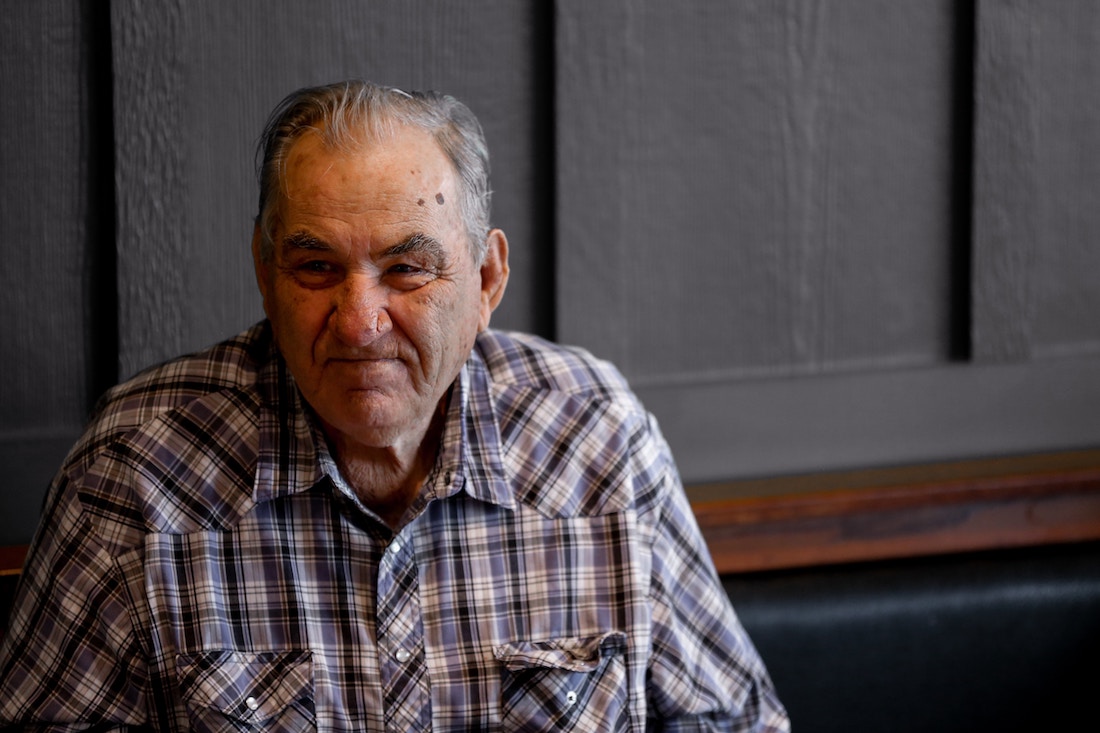 The signs and symptoms of dementia vary significantly from one person to the next based on the specific cause of the condition.

Generally, the condition affects a person’s cognitive abilities, behavior, and it can also bring about physical changes as well. One of the other cognitive changes associated with dementia is communication impairment.

When a person starts having challenges finding the right words to express themselves it often points out the condition.

Often, the person with dementia may forget what they were saying mid-sentence which makes it difficult for them to hold meaningful conversations.

The same applies to written communication, and a person might find that they forget proper spelling, grammar, and use of punctuations. There are certain regular tasks like changing the TV settings, operating a computer, or even brewing a pot of coffee that may start becoming challenging.

It is one of the signs of dementia in men affecting the ability to perform familiar tasks. These are things that a person has often done regularly without any complications.

When it starts interfering with how a person works with numbers or follows a plan the likelihood is that it’s a dementia symptom.

Ultimately, it means struggles with handling money, budgeting and paying bills on time. Worth noting is that these symptoms affect a person the same way regardless of age.

Therefore, a person with dementia who is 30 years old (very rare) may have issues with problem-solving in the same way it affects someone who is 80. When reading, making out colors and judging distances starts becoming problematic it can point out to dementia. It could start with things like forgetting what you just read and soon it spirals down to not being able to comprehend the meaning.

In fact, one of the offset symptoms is difficulty following storylines when reading a novel or watching a TV show.

Losing the sense of direction or spatial orientation are also other aspects that indicate the offset of dementia.

A person with dementia starts having issues recognizing familiar landmarks that affect their sense of direction.

It also means starting to get lost frequently and forgetting the directions to the places they regularly visit. Dementia affects someone due to several reasons including a previous history suffering from neurological disorders like Alzheimer’s disease, Parkinson’s disease or Huntington’s disease.

Some of the other causes include vascular disorders that affect the blood supply to the brain and traumatic brain injuries from concussions or accidents.

Lapses in memory are experienced as one of the offset signs of dementia in men. A person suffering from the condition may find that they easily forget what they are meant to do or even how to use everyday objects.

It can be things like forgetting to put the groceries away or even how to use your cell phone. The lapses in memory also extend to forgetting people’s names or the names of different places. A person with dementia may find that they are repeating daily tasks because they can’t seem to recall whether or not they had completed the activity.

It involves things like repetitive shaving and collecting items obsessively. The issue also crops up mid-conversation and the person might ask the same question multiple times even after received a response.

Dementia is normally split into two groups based on whether it affects the cortical part of the brain of the subcortical region.

It changes a person’s thinking speed and their ability to get tasks started. One of the reasons why dementia and other similar conditions are difficult to diagnose is because there is usually no impairment that’s detectable initially.

However, certain tests can point to a problem along with identifying the very first signs of dementia in men. One of the behavior changes that’s noted with people with dementia is the inability to make sound judgments.

A person with the condition begins making decisions that they would otherwise never have made like buying large quantities of things they don’t really need.

Someone suffering from dementia also typically has a tough time determining what is reasonable or fair leading them to pay too much. Mood shifts are a part of changes experienced with dementia leading a person to become anxious, irritable, fearful or depressed.

Depression sets in when someone with the condition begins becoming more confused and unable to make sense of the changes they experience.

Other people who regularly interact with someone with dementia are the ones who can recognize the mood changes.

As the condition worsens, a person with dementia might become increasingly disinhibited and even misbehave.

It comes with personality shifts going from one extreme to the other for instance a shy person suddenly becoming outgoing because of how the condition affects their judgment. Another characteristic of dementia impact is losing interest in activities or hobbies. The fact of the matter is, they find it difficult to remember sequences or game rules.

A person develops listlessness or apathy making them withdraw socially. Meaning, they may not want to engage in typically fun activities anymore. It extends to losing interest when it comes to spending time with family and friends.

The person may come off as emotionally flat and almost disengaged which to most people appears like depression.

It is even worse for a working person because it ultimately affects their productivity because they develop challenges paying attention and communicating effectively. As the state of a person with dementia continues to decline, they also have increased difficulties attending to activities of daily living.

One of the signs of dementia in men is improper or lack of grooming.

It ties in with difficulties performing tasks because of forgetfulness or memory lapses. The person might start a normal task like shaving but become distracted mid-way and fail to complete the activity.

Another cause would be sinking into depression which often causes someone to neglect their personal grooming and hygiene.

At this point, a person with dementia may start developing a need for assistance from a professional to perform their daily activities. In the later stages of dementia, people start having difficulties with coordination and movement.

Someone with the condition may come off clumsy because of their diminished ability to coordinate their movements. For some, they may lose their mobility entirely and end up bedridden.

This is the stage of severe decline when a person with dementia requires literally round-the-clock assistance. At this point, they will need help with tasks like eating and going to the restroom.

The memory challenges associated with the condition also become more pronounced; the person might not remember the most familiar pieces of information like their spouse’s name. The subcortical form of dementia usually affects a person’s bladder and even bowel control. The medical term used to refer to the condition is incontinence.

The inability to control the bladder process results in passing urine unintentionally. Millions of people suffer from incontinence often due to aging but it can accompany dementia as an underlying symptom.

During the initial stages of dementia treatment options are available to help reverse the problem.

However, when the condition progresses and other symptoms become aggravated it becomes increasingly difficult to manage it.

13. Losing The Ability To Speak The later stages of decline reduce someone with dementia to depend fully on assistance from caregivers.

Often, family members have to make the difficult decision to commit their loved one to an assisted living facility that offers care for people with end-stage dementia.

One of the signs of dementia in men at this very late stage is the complete loss of speech. It initially starts out as an issue with pronouncing words or maintaining normal speed when speaking.

As the decline continues, the person suffers from difficulties processing thoughts in a regular way. It becomes increasingly difficult for them to hold a meaningful conversation.

Eventually, they may no longer be able to speak and this is a problem experienced mostly by people who have suffered from strokes before. To some extent, this particular sign of dementia in men was covered in earlier paragraphs. However, there are still oh so many different types of behavior that may show the first signs of dementia development.

From unusual language and hiding things to weird clothing outfits and frequent excitement, these are just some of the signs of strange behavior in an older adult that you should be aware of.

In short, if your loved one does things differently than usual, and if it happens repeatedly, you need to take the sudden switch more seriously.

Of course, you need to understand that if someone starts hiding gadgets or forgetting where he or she put a remote controller, it does not necessarily mean they have the early stage of dementia. Better seek doctor sooner rather than later. First, this is not really a symptom, but it deserves its own paragraph due to how important it is.

When it comes to dementia and men, the symptoms do not progress as fast as they do in women. Duke University Medical Center conducted an eighty-year long study, finding how fast cognitive functions decline in women. In fact, it’s twice as fast.

One of the reasons for this big difference might be due to the fact that fewer men happen to be diagnosed with dementia (or Alzheimer’s).

It is not something that is talked about much, so that’s why we decided to point it out. It is also no secret that signs of dementia in men might be completely different compared to women. When it comes to signs of dementia in men, we need to mention a lack of concentration.

When an individual starts to experience dementia, difficulty in concentrating occurs. It is a widespread symptom that a caregiver or a loved one can sport reasonably easily.

Of course, this does not immediately mean that the person has dementia. Not just that, if it happens over a period of two or three days, you do not need to panic in case it settles afterward.

However, once this becomes a frequent practice, and it even begins to involve anger and possible violence, you should take them to the doctor or specialist immediately.