For years, experts have been trying to figure out the link between vitamin B12 and dementia.

Several studies report that the elderly who have low vitamin B12 levels are at high risk of dementia.

One of the studies with 121 participants uncovered the fact that those with lower vitamin B12 levels had smaller brain volumes according to MRI’s and they also performed poorly on cognitive tests.

Can Vitamin B12 Supplementation Help with Dementia?

Vitamin B12 is naturally present in a majority of foods that come from animals, including poultry, meat, and fish.

Manufacturers also fortify many breakfast bowls of cereal with vitamin B12.

Importance of Vitamin B12 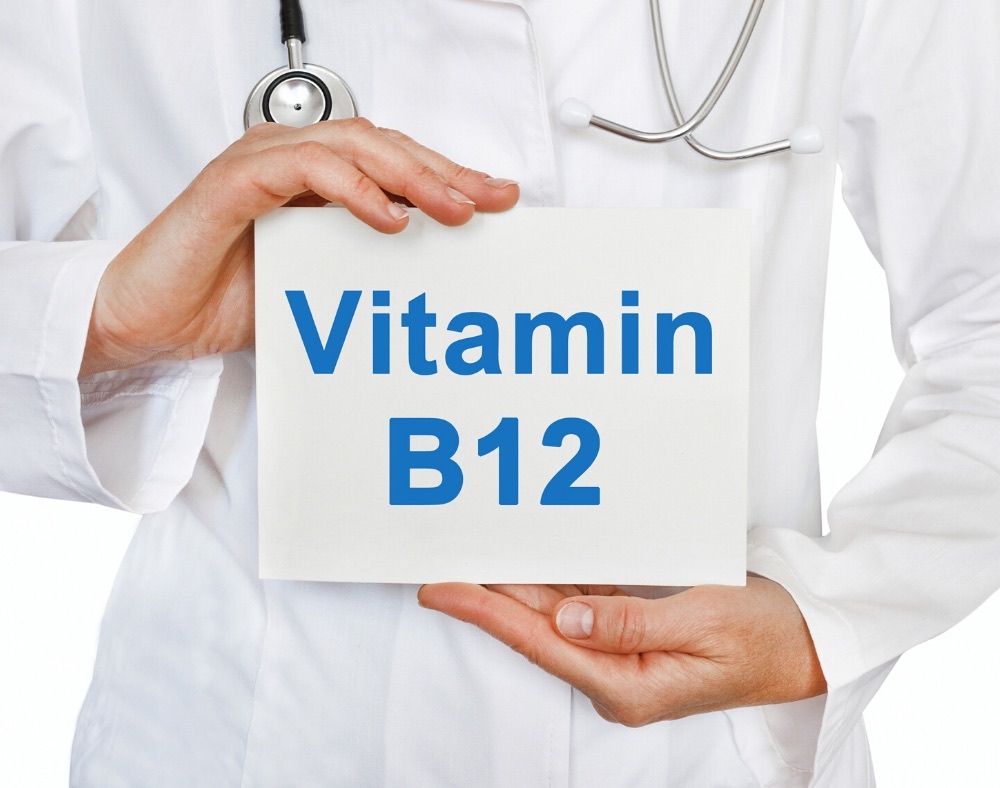 Before getting deeper into the connection between vitamin B12 and dementia, it is prudent to learn the importance of the vitamin in the human body.

In the brain, vitamin B12 enables a process known as memory formation where brain cells make new connections.

The vitamin is also an essential part of myelin, a coating that protects a majority of the brain cells. Other important roles that the vitamin plays in the body include:

Learning these roles of the vitamin explains why a deficiency can lead to memory loss or dementia.

With this in mind, check out some of the reasons why low vitamin B12 mostly affects older persons.

Note: another name for vitamin B12 is Cobalamin. As people grow older, their guts’ ability to absorb vitamin B12 changes.

For a majority, this happens because their bodies can no longer produce adequate amounts of stomach acid.

The acid is an essential component for breaking down proteins and vitamin B.

This implies that seniors require more vitamin B12 as they grow older, but their bodies do not keep up. Vitamin B12 mostly comes from animal sources; this means that seniors who are on a vegetarian diet may not get adequate vitamins.

We cover the best foods for the dementia diet in this article. Some medicines like metformin interfere with the absorption of the vitamin.

Surgeries that remove parts or all of the small intestines or stomach can also lead to vitamin deficiency. Needless to say, alcohol may irritate the stomach and this is most of the time linked to poor diet.

Can Vitamin B12 Improve Memory? While discussing B12 and dementia, it is important to answer the question of whether the vitamin can help improve memory in persons who have dementia.

While vitamin B12 supplements help to treat the deficiency of the vitamin, there is still no clear evidence on whether it helps to enhance memory in individuals with neurological disease.

Contrary to this statement, The Daily Telegraph reported that vitamin B tablets could halt or slow down dementia.

According to the published article, large vitamin B doses can half brain shrinkage rate, a process that precedes dementia.

The article was based on a study that happened over two years, where vitamin B pills were compared to inactive placebo pills in 271 seniors with mild memory issues.

Participants in the study were persons who were 70 years and over and experience various memory issues. They received high-dose vitamin B tablets or placebo pills.

Vitamin B treatment has effects on the levels of tHcy in an individual’s blood, reducing this by 22.5%.

With the placebo group, there was a 7.7% increase in tHcy levels. Overall, the study uncovered the fact that those who were on vitamin B experienced atrophy (brain shrinkage) 30% lower than those elderly persons who were not given the inactive tablets.

Based on the age of the persons in the study, the shrinkage rate in persons who were on the vitamins was 30% less than the ones in the placebo.

The effect was generally higher in the participants who were more compliant when taking the medication as well as those who had high levels of tHCy when they started the study.

However, worth noting is that slower brain shrinkage may not result in improving the symptoms.

The research did not indicate the fact that vitamin B can prevent dementia.

This is because there is no evidence that when the brain shrinks at a slower rate, it will benefit persons who have early symptoms of dementia.

This said, it is evident that the results are quite promising and this demands more in-depth research about B12 and dementia.

The researchers also mentioned that vitamin B is safe for consumption with no adverse effects on the people consuming it.

This leads to the conclusion that vitamin B is a safe and simple treatment that can slow down the quick rate of brain atrophy in individuals who have mild cognitive impairment.

There is still a long way to go regarding vitamin B12 and dementia.

There is still no proof that vitamin B12 deficiency causes dementia or Alzheimer’s.

Studies, however, suggest that increasing the intake of the vitamin can help to slow cognitive decline.

Professionals need to conduct more research, studies, and clinical trials to ascertain whether vitamin B12 supplements can prevent, slow progression, or even treat some dementia types.