It is important for individuals to know Lewy body dementia stages, especially if you or a loved one is affected by the condition.

This helps you to understand what to expect so that you can tackle it head-on without any unwelcome surprises.

Before we go deep into the stages, let’s get an overview of what Lewy body dementia (LBD) is and its progression.

What is Lewy Body Dementia?

Lewy body dementia is a type of brain disorder where Lewy bodies start to build up in areas of the brain.

These are microscopic deposits that damage the brain and may eventually lead to the death of the brain’s nerve cells.

The build-up of these proteins can affect a person’s thinking capacity, movement, bladder and bowel movements, autonomic body functions, and behavior, etc.

A person with Lewy body dementia often showcases symptoms similar to those of Parkinson’s disease. One of the main reasons it is often misdiagnosed as such.

The condition is diagnosed through a sequence of tests that include both neurological and physical tests. During these tests, a person’s memory, visuospatial skills, and attention span undergo assessment.

At times, the doctors may also recommend MRI and CT brain scans to confirm the diagnosis along with blood tests.

The disease mostly affects individuals who are above the age of sixty though there are a few cases where a person may get it when they are younger. One of the things that you must note is that Lewy body dementia does not have a straight progression path. It, however, has some characteristics that are likely to show up during the early stages.

Other symptoms also come about when a person already has the illness in the later stages.

What stands out with LBD is that the symptoms often fluctuate.

Many at times a person may function well one day and the next, they experience intense and abrupt memory loss. This can be quite puzzling to people around them, as this may also happen in a single day.

Understanding the fluctuation aspect of the disease is helpful to the person with the condition and those around them as well.

This way, a person will not feel like the affected individual is pretending to forget or like they have moved from one stage of the disease to the next.

While in all honesty, variation in functioning is typically a constant with almost all of the stages of Lewy body dementia.

On average, after diagnosis, people with Lewy body dementia will live for six to twelve years though some live longer, for twenty or more years.

With a little bit of information about Lewy body dementia, it’s now time to jump into the stages of the disease. Like many other dementia types out there, the phases are not cast in stone.

This dementia type also tends to develop at a very slow pace.

Different people may have different experiences.

Below we will tackle three stages that a person with Lewy body dementia may go through. During the onset of the disease, there are a few changes that an individual with Lewy body dementia may experience. Some of the early symptoms may include:

At this point, memory is usually still intact, although some mild cognitive changes and slight confusion may be present.

The majority of individuals with LBD can live pretty healthy lives going to work and socializing. 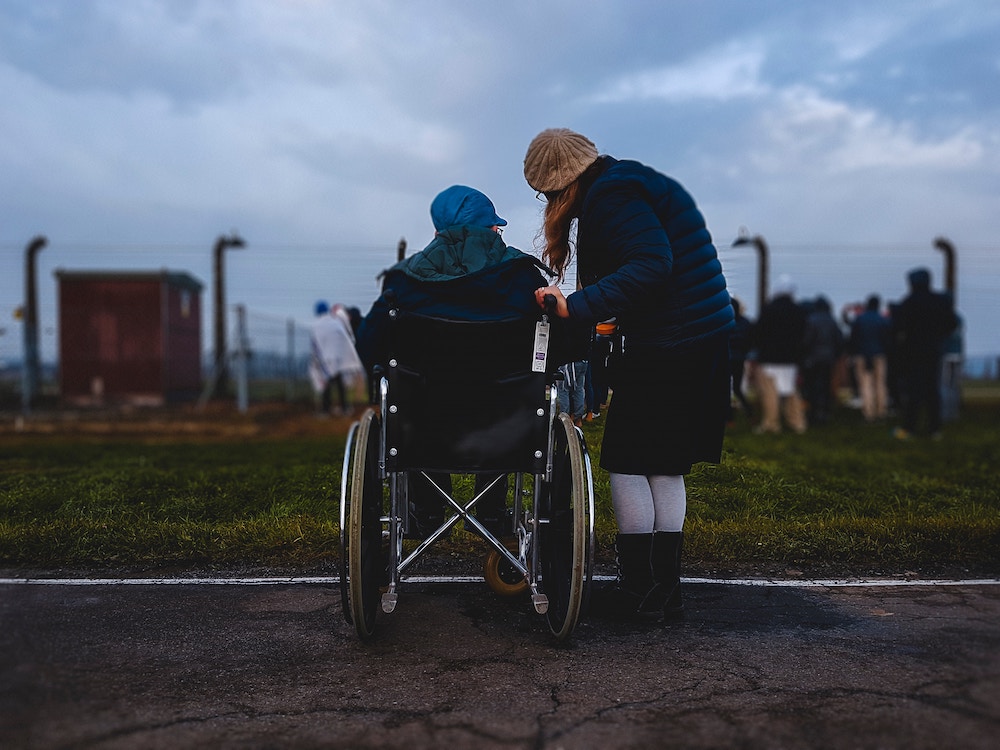 As the disease develops towards the middle Lewy body dementia stages, the symptoms become more prominent. Many people usually start to seek medical attention at this point because the changes in the body become clearer.

The symptoms that people may showcase at this stage strongly mirror those of Parkinson’s disease. They may include:

Most people at this stage are relatively independent and can perform a majority of daily living activities without needing a hand.

These can include things like taking a bath, eating, and even taking medication though this differs from one individual to the next.

A few individuals may need supervision as they go about their day to day activities, while others may be more dependent on their caregivers.

During this stage, it is also advisable for caregivers to have Medical Power Of Attorney and Power of Attorney document on the person with the disease as it is usually downhill from here.

Individuals with the disease should also collaborate with their family members to identify ways of protecting their wealth and assets.

Some unscrupulous individuals can take advantage of people with the disease and may end up getting away with it if proper protection channels are not put in place. During the final Lewy body dementia stage, symptoms become worse than what people experience during the early and middle stages.

Many will agree that during this point the illness affects almost every aspect of an individual.

From the way one moves, talks, thinks, and their mood amongst many others.

Some people may complain of extreme sensitivity to touch, as well as muscle rigidity. The speech also becomes difficult with some people whispering while others may not talk at all.

Proper diagnosis at this point is more likely. Other symptoms that a person will possibly showcase are:

It’s also important to note that symptoms from the earlier stages can also show up during this phase.

Many people at this stage cannot function on their own; thus, care becomes a necessity in almost all aspects of their lives.

It may mean that a person may have to resign if they were still working or running their businesses.

Some individuals may respond to simple commands or follow brief conversations without any difficulty.

It’s also worth mentioning that fluctuations may decrease or increase during these final Lewy body dementia stages.

This implies that a person may need a professional caregiver who goes to their house regularly.

Alternatively, an individual may move into a senior care facility that offers care services to golden agers who have Lewy body dementia.

This heavily affects the finances of the person with LBD. The illness also causes people to become susceptible to other infections and diseases like pneumonia because the immune system becomes weaker over time.

The introduction of new medical conditions may hit someone hard because some cases end up being fatal.

Lewy body dementia is not a rare disease as it affects millions of individuals and their families all over the globe.

Each person, nonetheless, experiences LBD differently. After reading through Lewy body dementia stages, it is worth noting that a majority of the symptoms of the illness are treatable.

Your doctor can prescribe medication that will treat symptoms related to other illnesses like Parkinson’s and Alzheimer’s disease.

Accurate and early diagnosis of LBD is also essential. This is because the affected person can jump on a comprehensive treatment plan as soon as possible to enhance the quality of life.

People who have Lewy body dementia should not be left to face this disease on their own.

They need all the support they can get from loved ones and professional doctors as well.

Further research on LBD is also required because currently, there is no sure way of preventing or curing Lewy body dementia.

More physician education about the disease is also vital as this will help to reduce the cases of misdiagnosis.

This way, the experts will be able to differentiate the symptoms of Lewy body dementia and other memory-related illnesses.