The common question that arises amongst the general public is whether or not do neurologists treat dementia.

While there are various specialists who can diagnose dementia, many patients are referred to a neurologist who determines the type of dementia, as well as treatment options.

Dementia represents a decline that is severe enough to interfere with daily life and independence. When people think of dementia, Alzheimer’s comes to mind, and that’s because Alzheimer’s Disease is the most common type of dementia.

Alzheimer’s is responsible for about 60-80% of all dementias in older adults. With an aging population, the overall prevalence of dementia is increasing worldwide. 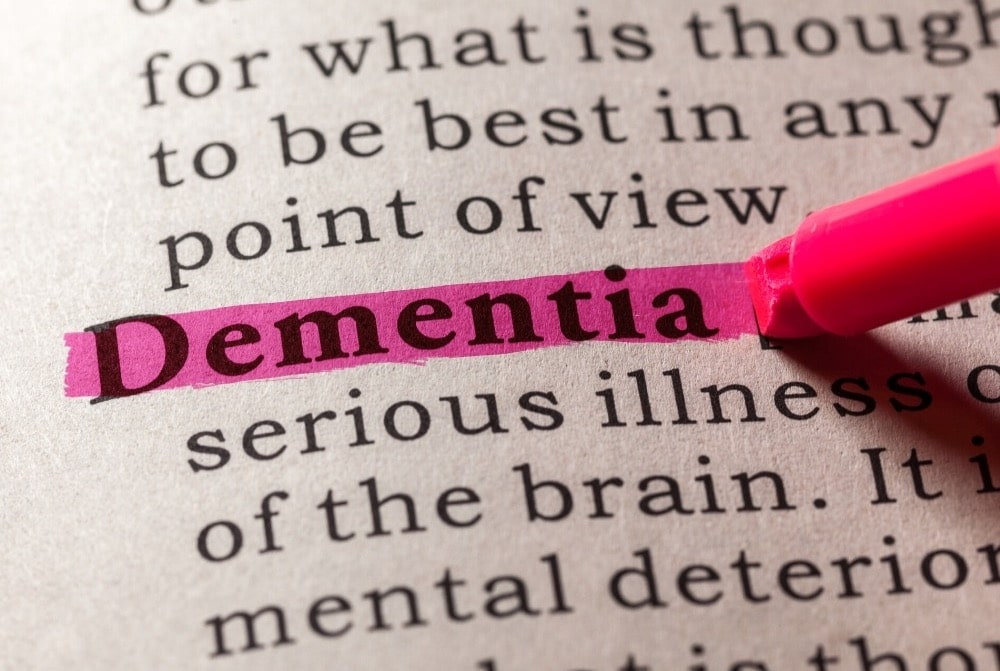 Dementia is a progressive disease, meaning it gets worse over time. In the early stages, it may be diagnosed at mild cognitive impairment (MCI), which is an in-between stage between normal cognition and dementia.

MCI may progress to dementia.

What are different kinds of dementia? The most common dementia in older adults is Alzheimer’s Disease. However, about 20% of patients with dementia have another form of dementia.

Who can diagnose dementia and why a neurologist? Dementia is a diagnosis made by a physician.

While it does not have to be a neurologist to diagnose dementia, many patients are referred to a neurologist to determine what type of dementia they have and to help with treatment options and symptom management.

A primary care physician can make a presumptive diagnosis of dementia if a patient fits certain criteria, and the symptoms are not explained by another mental disorder (such as major depressive disorder or another psychiatric condition).

A neurologist can help distinguish between the different types of dementia.

In some cases, advanced neuropsychiatric testing is done to better clarify the type of dementia.

How is dementia diagnosed? A full dementia evaluation cannot be done in a quick office visit; a family member or a close friend should accompany the patient to their primary physician or neurologist and be able to recount the history over the past several weeks, months, and even years.

The first steps include a complete history and physical examination, neurologic examination, and laboratory or imaging workup.

The history, or story of the patient’s symptoms, is crucial to the diagnosis.

A doctor might ask when the patient first noticed memory loss, how it has progressed, and what sorts of things he or she is not able to do anymore independently (activities of daily living, or ADLs).

There are several tests available to help with the diagnosis of dementia, which will be discussed further below.

A full evaluation includes a physical and neurologic exam, laboratory testing, and most times imaging tests such as a CT scan or an MRI of the brain.

By official definition, dementia is diagnosed when there is cognitive impairment in at least one cognitive domain (memory, language, attention, executive function, motor function, social function) that is progressive and interferes with independence in every-day activities, that is not explained by another medical or psychiatric disorder.

Why refer to a neurologist for dementia? A neurologist will be helpful in diagnosing dementia, especially in distinguishing between different types of dementia as their treatments differ.

Also, a neurologist will perform a careful history and exam including labs and imaging to make sure there is nothing else being missed that would otherwise explain the symptoms of dementia.

In addition, a neurologist trained in cognitive neurology will have special expertise on managing the symptoms of dementia including the newest medications, clinical trials, and symptom management.

Often times, a neurologist will be able to give a prognosis and help guide family members through this chronic, progressive illness.

What does a neurologist examine for a dementia patient? After taking a careful history of the symptoms, a neurologist will begin with a general physical examination.

Part of this includes the neurologic exam.

These are a short series of tasks a neurologist may ask you to fill out, and based on how you score, can help in categorizing the types of deficits and hint as to the type of dementia. There are a few medications that are approved for the treatment of Alzheimer Disease. These include cholinesterase inhibitors (such as donepezil, rivastigmine, and galantamine).

These medications work by modulating neurotransmitters in the brain and have some modest symptomatic benefit in patients with dementia.

Another category of medication includes Memantine, which is an NMDA-receptor antagonist. This works by blocking a different neurotransmitter (NMDA) which may protect the brain.

This also has been shown to have very modest benefits.

These may include antidepressants, antipsychotics and various other medications.

Nutrition, physical therapy and cognitive rehab are also things a neurologist may consider in the multidisciplinary approach to dementia care.

What conditions can be mistaken for dementia? There are certain conditions that can mimic dementia. It is essential to make sure these conditions are not responsible for the symptoms, as they are often reversible and treatable.

A good neurologist will rule out “reversible” causes and mimics of dementia.

There are certain “red flags” that should not be missed; these include young age, rapidly progressive dementia (ie someone getting much worse within days, weeks or a few months), or an abnormal or asymmetric neurologic exam such as weakness on one side of the body.

These will need an expedited and different type of evaluation than the standard dementia workup.

Many people confuse the signs of normal aging with dementia.

Normal aging does include a slight degree of cognitive decline including mild changes in memory and information processing. Some people visit their doctor for these symptoms, worried that they may have dementia.

However, normal aging is easily distinguishable from dementia.

It is generally not very progressive and does not affect daily function.

Examples include forgetting where one left the keys or some items on the shopping list at the grocery store.

There are other medical conditions that can mimic dementia. One is delirium.

Delirium is a condition of confusion and an altered sense of awareness of one’s surroundings.

Delirium is often associated with an underlying medical condition, such as an infection, metabolic issue, or prolonged hospitalization.

The time course of delirium (much shorter) and the fluctuations in attention are characteristic and distinguishable from dementia.

Vitamin deficiency, specifically of Vitamin B12 can contribute to dementia, so this should be checked and supplemented if low.

Thyroid tests, and sometimes HIV or syphilis testing is done to make sure symptoms are not due to these other treatable medical conditions.

Depression is an important mimic of dementia. In fact, depression causing dementia has been named “pseudodementia” or “dementia of depression.”

This is because people with uncontrolled depression may exhibit signs similar to dementia (physical and cognitive slowing, giving poor effort, being unable to function in activities of daily life).

It is crucial to recognize pseudodementia because it can be treated and reversed with appropriate psychiatric and psychological care.